Autism Awareness: Is It Enough? Autism Awareness – A chair. A bucket of ice water. A dumper. A “dumpee.” And someone to record the reaction. That’s all it took to raise $115 million in six weeks for the ALS (Amyotrophic Lateral Sclerosis) Association during the summer of 2014. The Ice Bucket Challenge, as it came to be called, catapulted awareness of Lou Gehrig’s disease into the minds (and living rooms) of adults, teens, and children worldwide. 17 million videos were uploaded to Facebook and watched ten billion times. Four simple steps had people eager and willing to pour ice water on their heads and pour money from their pockets (accept * record * upload * give). The awareness-ometer went as high as it could go, and the Ice Bucket Challenge has become a yearly event for the ALS Association. What does it mean to be aware?

Awareness, defined simply as knowledge or perception of a situation or fact, is a good thing. When we endeavor to raise awareness, we hope to provide illumination, foster appreciation, and raise recognition. We often associate awareness campaigns with causes: American Heart Month, Earthquake Preparedness Week, World AIDS Day. Building awareness can be a full-time job or a temporary gig. But does all the effort involved amount to true action or reform? Is action even a preferred goal of awareness raising? And how does one measure the success of the efforts (if not by dollars raised)?

In the case of autism awareness, at least in our little slice of the planet, people are generally aware of the word “autism,” yet a discussion of the complexities of it reveals how little is understood. “Oh – your child has autism? He must be like Rainman.” How about: “Ah yes, autism! So what is your daughter’s super skill?” When you live with someone who has ASD, you know this ain’t a Tom Cruise movie, and your child’s nightly routine might include lining up key chains instead of playing a piano concerto in d minor. A quick visit to autism awareness websites may leave a person enthusiastic to “take action” or “donate,” but how many really do, and what does this action look like? To whom are people donating? At best, these efforts seem scattered and vague. It can take some pretty in-depth research to discover if taking action is right for you and where your hard-earned dollars might end up if you donate.

Awareness is a positive thing – it just seems that if the cause is launched into the public realm, it ought to have a destination of some kind. People’s lives are so busy that they might be aware one moment and onto something else the next.

During April (the Autism Awareness Month), some businesses worldwide participate in LIUB (Light It Up Blue). This is sponsored by Autism Speaks and supported by Home Depot who sells blue light bulbs and lanterns with the AS logo. On World Autism Awareness Day (April 2 as set forth by the United Nations in December 2007) many landmarks worldwide reflect a sky blue hue at night. Then beautiful pictures get uploaded to the Autism Speaks website. While this is indeed a wonderful and grand gesture, does casting blue light into the night help society understand what living with autism means? It might be interesting to ask if campaigns such as this strive to simply put the term “autism” into people’s daily vernacular, or to raise funds (for what or whom?), or to educate folks. Maybe it’s all of the above.

Some businesses such as AMC Theatres raise awareness by offering sensory-friendly shows. They turn lights up and sound down to allow for a calmer experience. (Check out Studio Movie Grill in Rocklin!). Mary’s Pizza Kitchen has sensory friendly kits for diners who need some stress-busting tools. There are usually walks and 5K races held locally throughout April. Such events invite vendors to set up tents where families can learn about behavioral help, sensory processing disorder, or canine companions. Problem is…these events are well-attended by special needs families who are already fully aware. What is there for non-special needs families to help them take action, learn acceptance, push for inclusion, appreciate differences, and look past the label? Maybe those light blue t-shirts worn at walks can be worn other times of the year too. Perhaps people outside the event itself can then ask what the shirt means. It’s one simple way to raise awareness. Sesame Street Did What?

One of the most visible awareness-raising gestures has come in the addition of Julia to the “Sesame Street” Muppet cast this month. The 48-year-old wildly popular show has incorporated a female Muppet with ASD into the line-up, and the feedback has been favorable. “Sesame Street’s addition of Julia is an incredible step toward creating broader awareness of both autism and other special needs. Being different is something everybody should embrace, and when a medium with such a popular and global reach as Sesame Street can add to this awareness, it is a positive thing.” said Alan Dunn, founder of AutismAwareness.com. Indeed, with autism rates now at one in 45 U.S. children (Nov. 2015), it is expected, and dare say necessary, to have diferrently-abled children represented in all walks of life.

So as the blue lights come on and the puzzle piece ribbons get displayed, take time to ponder just what awareness means. It’s great to wear a blue shirt or a puzzle piece pendant in April to show your support. Maybe think about advocating in some way or participating in a local event.  Use social networking to share a positive story involving autism or other special needs. Find a specific charity to which you can donate that is aligned with your values. Reach out to a special needs family. Let your action be more than a passing thought. Allow awareness to spark next step. “Have a bias toward action – you can break that big plan into small steps and take a first step right away.” ~Indira Ghandi. On a Different Note

Spread the Word to End the Word 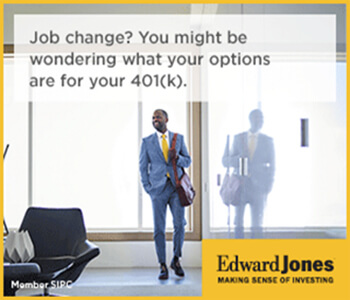 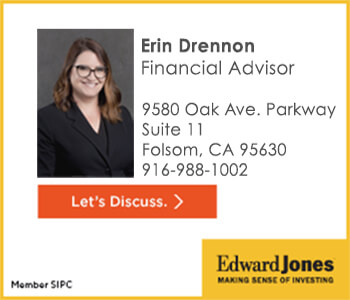 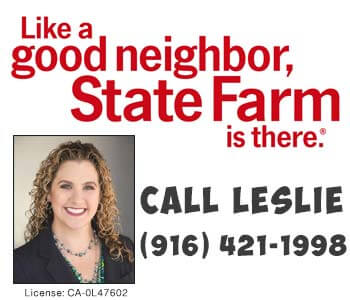 Families in the Sacramento region have so many wonderful options for hunting Easter Eggs with children.... which events will your family attend? To get you started, we’ve compiled a list of some of our favorite Easter egg hunts in the Sacramento ar...
Read More

Why special needs parents should consider a CalABLE account

Financial security is a top priority for parents raising a child with special needs. It is true for every parent, but consider this: in 2018, it was estimated that the lifetime cost for an individual with autism and/or other disability averages $1.4 ...
Read More

How Bedtime Stories Can Reinforce Literacy Skills in Children

One of the best ways to reinforce literacy skills in children at an early age is reading bedtime stories. Children will have the added advantage of expanding their understanding of language and reading. Having a bedtime routine will build a strong fo...
Read More

20 Fun Things To Do with Kids in Sacramento

Summer Camp for Kids includes an exciting assortment of summer programs guaranteed to delight and stimulate kids of all ages and interests. Our listing features camps of all types -- from day camps to week-long overnight programs — all of which wil...
Read More
Advertisement